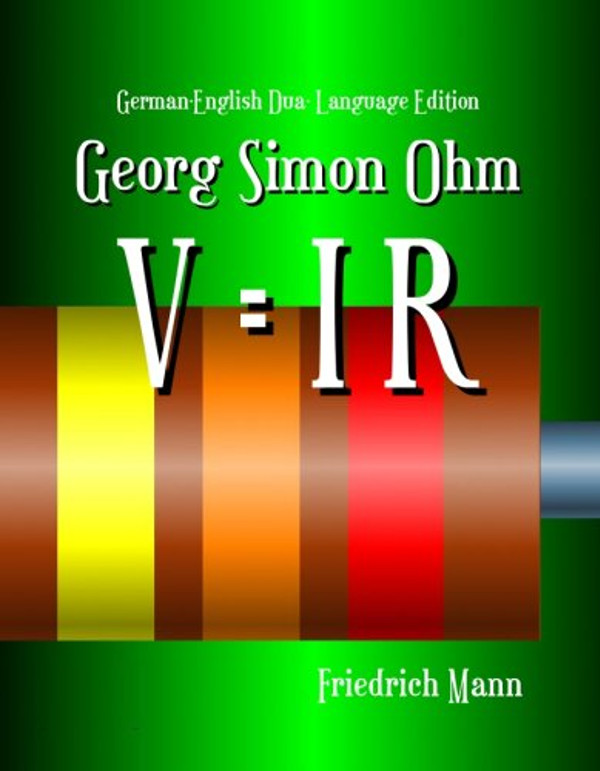 This book won't help you design a better guitar amp, but we translated this historical work into English because Georg Simon Ohm's Law is fundamental to our understanding of electronic circuits. It is the first lecture of Circuits 101, the first chapter of Introduction to Circuit Theory, and the overarching principle by which circuits are understood. Imagine the year 1821, however, when the phrase "according to Ohm's Law" was not in our repertoire. Friedrich Mann's biography of Georg Simon Ohm depicts a world in which total confusion prevailed regarding the laws of electric current, where "under the nebulous clouds of imagination, physics degenerates into magic."

Friedrich Mann tells the story of a frustrated Georg, a secondary school teacher unable to obtain a university professorship, unrecognized for his accomplishments even in Germany until the French tried to claim his law as their own. He describes a man who was convinced there was another "Ohm's Law," completely unrelated to the one we know, and that both laws were merely parts of an all-encompassing theory, one that Georg spent most of his later years trying to prove. A former student, friend, and lab assistant of Ohm, Professor Mann paints a vivid portrait of the unconventional teacher, the charismatic public speaker, and the proud owner of the mangy Pomeranian "Wacki," whose intelligence, Ohm claimed, seemed to match that of many of his students.

This edition of Georg Simon Ohm, which was written by Friedrich Mann in 1889 and published in Erlangen and Leipzig the following year, is printed side-by-side with an English translation by Dr. Irmeli Kuehnel, member of the Medieval Academy of America.

Forward 1 Contents 5 Introduction 7 Comments on True Science and Philosophical Errors on the Subject 9 On the Essence of Mathematical Physics 25 Ohm's Law, the Electrical and the Acoustic 33 Inductive Discovery of Ohm's Law of Electricity 57 History 65 Ohm the Teacher 85 Ohm the Orator 107 Completion of the Portrait 116 Conclusion 119